Where can you shoot some movies in Las Vegas? This charming, magical city is a popular destination for many movie and TV show producers from across the world. Here are all the famous and amazing places that have hosted plenty of captivating films.

Apart from being a glamorous city full of pop and color, Las Vegas is also one giant movie set. Almost every casino movie is shot here mainly because of its great casinos and a wide variety of gamblers. The frequencies of popular movies shot here from ‘James Bond’ to ‘Rush Hour’ make us feel as if we already know the entire city.

Now, if you’re thinking of spending some time in Las Vegas, maybe to shoot a movie or two, join us as we look at some of the best film locations. However, before we start, Las Vegas is at times unbearably hot, so remember to carry a bottle of water or cold juice.

This should be the first Las Vegas movie location to visit. Built in the 1950s, a remarkable place should excite your eyes. Of course, with time, it has gone through many renovations while maintaining its vintage look.

It features movies like the ‘1st Godfather’ production and ‘The Mob.’ In addition, for over 50 years, it has provided a suitable filming place for Folies Bergere, a French show. What’s more, the 1971 James Bond Movie was shot here.

2. A Visit Down Caesars Palace

This is one of the reasons why you should take a couple of flights to Las Vegas. It dates back to the early 1960s and is inspired by the architecture and appeal of the great Roman Empire. On its entrance, you’ll find a captivating statue of Julius Caesar and mosaics, fountains, a few impressive statues of the Roman gods.

‘The Hangover’ is maybe the most popular film shot here. The entrance and lobby feature heavily in this movie as the guys go through a weekend of exciting but naughty fun. It has also been home to other films like;

One of the famous Vegas hotels and casinos that has hosted a couple of exciting movies. Good examples include Ocean’s 11(a 2001 remake) featuring Brat Pack and Frank Sinatra. The deep, personal friendship between the hotel’s owner and the producer of the movie, Jerry Weintraub, saw the film production crew get access to all areas’ free pass for five days.

Some of the places seen in the movie include the botanical gardens, art gallery, and casino floor, among others. The most captivating part of the movie was filmed next to the Lake in the front part of the resort. 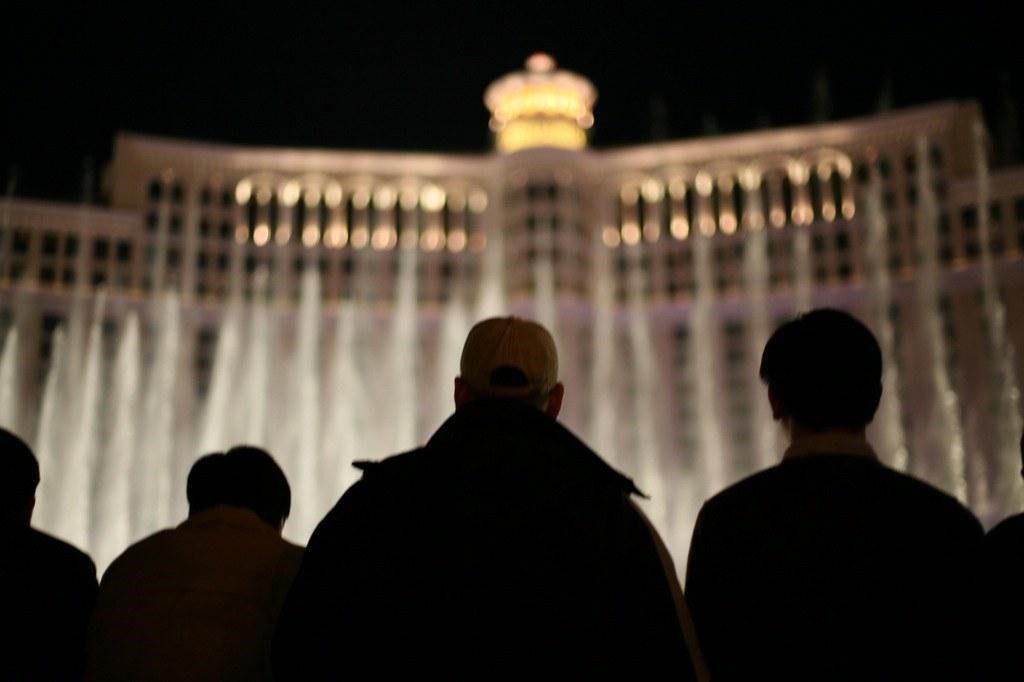 Here are other ancient Roman movie sites that should capture your attention. If you’re planning to go for some Las Vegas holidays, the Venetian should be the first place on your mind. It contains ancient landmarks such as St Mark’s Campanile, the Rialto Bridge, and Doge’s Palace.

Its rich history has seen it feature in many movies like the 1960s’ Oceans 11′ and the ‘Rat Race’ comedy of 2001. Besides, one of the suites in this hotel features in ‘Miss Congeniality 2’ by Sandra Bullock.

Here, you can catch some fantastic Las Vegas shows. There are those done by jugglers and many trapeze artists. Now, despite the fact this place is mentioned in ‘Fear and Loathing’, a book written by Hunter S, they had to re-invent it in the movie. That said, you could still see its actual location in films like:

Enjoy the Las Vegas weather by taking a stroll to Atomic Liquors. This ancient bar is filled with captivating light shows and sounds. In the past, visitors or those looking to grab a drink would climb at the top to catch a glimpse of the frequent nuclear testing explosions.

Some of the movies shot here include the first ‘Hangover’ movie. Over the years, Atomic Liquors has been renovated and returned to its past glory, and you might even find regulars Barbara Streisand or even the great Sammy Davis.

While this is not the cleanest or safest of neighborhoods, you’ll definitely have a lot of fun. Here, there are 150 signs, that go back to the early 1930s, which tell the entire story of this glamorous city. It includes those from classic gaming houses such as Nugget, which allow you to play your favorite game of ”Treasure Island”.

Now, Michael Douglas has also used its original location to shoot movies like ‘Mars Attacks’ and the film ‘Las Vegas’. It’s also worth noting that it has recycled the entrance from the ancient La Coucha lobby, which was filled with appeal and casino film stardom. 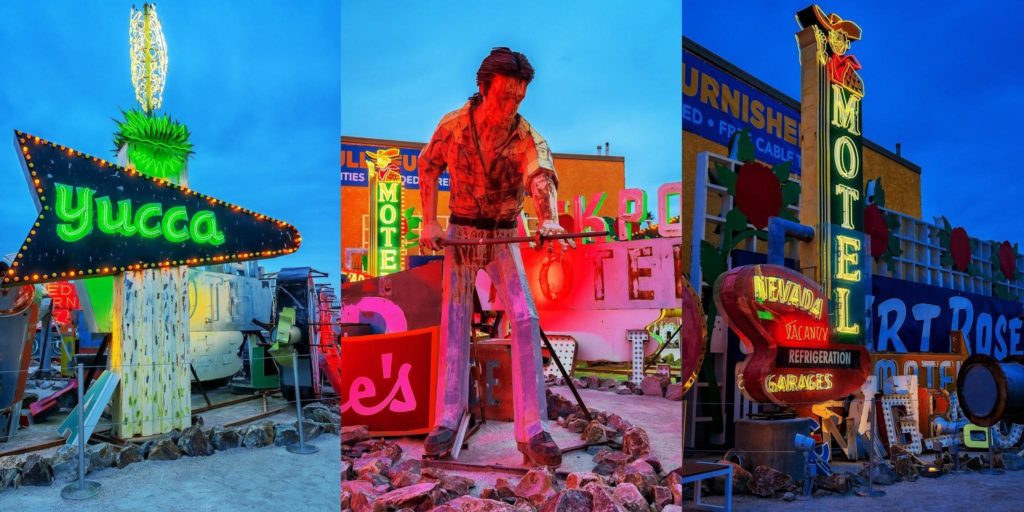 Opened back in 1955, this is another intriguing planet Hollywood Las vegas film location. Why? Well, it has seen many star-studded film appearances over the past few years. Some of these movies include ‘Casino,’ ‘Showgirls,’ ‘Austin Powers’ and ‘Diamonds are Forever.’ It’s a sea-themed Las Vegas hotel with a retro-fabulous feel.

9. The Mirage Hotel and Casino

The resort is popularly known for filming ‘Vegas Vacation’ during the time of intense summer heat. It comes with a lot of breathtaking attractions like the Dolphin Habitat and Roy’s and Siegfried Secret Garden. Other blockbusters featured here include ‘Oceans 11′, The Hoover Dam’ and ‘Casa De Shenandoah.’

All in all, there are loads of amazing spots to visit once you land on the Las Vegas airport. It’s packed with not only glamorous resorts but also exotic casinos too. It’s almost everything you need for a fun-filled time, hence the reason why many movie producers prefer it to other larger cities.

Yes, apart from the films we’ve mentioned, with careful research, you’ll find lots more which have featured here. From the 90s and 80s classic movies to modern-day Hollywood blockbusters, Las Vegas is a city that ‘keeps on giving.’

Now, having known all these fantastic places, which one do you intend to visit first?

Thomas Quarry is a data scientist expert and avid lover of technology. He refers to real life treasure hunters. Currently enjoying his retirement life, he enjoys blogging and sharing his experiences working behind the camera.

Previous: 4 Thai Beaches you are going to Love